Hay. I’ve missed you. I’m going to flatter myself and imagine that you’ve missed me. Heaps and heaps.

Here’s what we’ve been up to!

1.) So, Ev has two teeth and he’s pulling up and trying really hard to walk. We just keep pushing him over, hoping to deter him. That kid is ten months old in a few months. I can’t even handle it.

2.) Have you guys read the Wildwood series? I just started it, but oh my goodness it’s good. I will report my verdict as soon as I have two minutes together to read it. So, basically, this will be the last you hear about it. 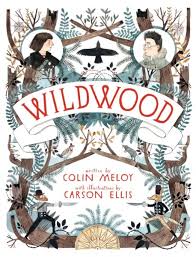 .3.) Vin has been out of town for a week watching the world championship of lacrosse. At this point, I think it’s fair to say that my undying respect and admiration goes out to all single parents. This shiz is not easy with two people, but it’s next to impossible for one. Seriously. If you know any single parents, please go hug them. And then take their kids for an evening and give them a six pack of beer and a pillow so they can collapse. They’ve earned it.

4.) So, I saw this thing on Pinterest that was a cutesy little “Library Plan” printable. You know, so you know what books you’re looking for before your passel of little darlings starts ripping books off of the library shelves all willy-nilly. It’s a great plan, actually.

Now, I’m a terrible librarian/mother and I honestly very rarely take the kids to the library. It’s too much work because they go bananas and I get tired of chasing them and I’m enough of a book snob that I’d rather just pick things myself. There. I said it. However, on the occasion that I do take them, I realize that it’d be good to have a plan like the little listy thing. Also they showed Frozen at the library I work at on Friday, so we had. to. go.

So, I decided to forgo the adorable printable in favor of a scrap of receipt paper and a marker, because I like to upcycle. The girls were allowed to choose two books each…Mags decided to look for books on koalas and fairies and Lil opted for dinosaur and deer books because she likes alliteration, that’s why.

And wouldn’t you know it, miracles happened! When we walked into the library, the girls went to the nonfiction section rather than straight to the toys like a couple of classless hooligans. They chose books and actually sat and read them. Heck, they even gave full reports on earwigs to a couple of my coworkers (because, list or no list, you can’t pass up an earwig book). It was basically the best ever. So, yeah. Make a plan, write a list. Happy library day to everyone.

5.) Did I mention they were showing Frozen at the library? It was fantastic. I’m going to be honest with you. While all the other parents in the world are ruing the day that Frozen came out on DVD, I’m still going strong. Perhaps it helps that my girls didn’t completely obsess over it, but I think it’s fair to say that I want to watch it / sing it / perform dramatic interpretations of it waaay more than my kids do. Nothing will sway my devotion to the wickedly talented Adele Dazeem. And I’m not sorry.

6.) Maggie met a sweet boy at Frozen who loved her so much, he insisted that his mother let him walk us to our car…at which point he climbed into said car and refused to leave. I have two thoughts on this: 1. Boys better watch out for her daddy because, and I quote, he has “a saw and a grind plan.” and 2. I am so glad that other people’s kids do crazy junk like that and it’s not just me. I think I’m gonna be best friends with that mama.

“It’s the crystal bow of Africaaaaa!”

She’s a weird kid. I have no idea where she gets it.

8.) BONUS! Here are some cute pictures of our crazy kids I just can’t stop looking at…

So what have YOU been up to?? Spill in the comments! I’ve missed ya!

Necessity is the mother of invention, as they say.
It’s a banner day!! This guy has been saving his Mom Money for literally two years and finally earned enough to buy a video game!
PART TWO: Nothing says polar exploration like the aurora borealis! Luckily a friend shared a really cool video by @raising_up_wild_things that showed how to do this easy project.
PART ONE: Winter (but not Christmas) themed read aloud:
In case no one has remembered to tell you this week…
Nothing special or curated about this picture other than to say, I’m quickly realizing these fools are a little harder to pick up lately. I will probably never outgrow the urge to scoop them up and press their hearts to mine when they first get out of bed in the morning.
Join 215 other subscribers
Follow ohblessyourheart on WordPress.com